Get SuperHi Unlimited, our brand new membership service, at a 40% off early-bird price! 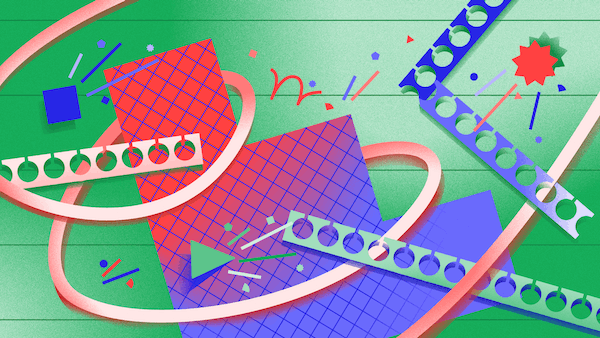 Bet if I were to ask what you think the most important skill creatives can learn to move their work forward is, you probably weren't thinking project management. But there it is and here's why everyone who works on things, whether with a team or solo, needs to start thinking and acting like a project manager.

What does it take to make really good creative work?

What does it take to keep doing it?

And then, what does it take to do it and not burn out along the way?

Maybe you’re not expecting the answer to be project management. I wouldn’t have a few years ago. I might’ve said talent, hard work, or luck, perhaps a combo of the three.

I didn’t expect to change my mind until I started working in tech. Before that, I’d only ever worked for myself or for very small companies. It was easy to do good work there. You’ll see what I mean in a bit.

I first learned of the term 10x when I entered the world of tech; it was a part of our training and cultural values, bestowed upon each new hire and continuously ingrained by our CEO and managers as a promise of professional growth. It was a running -ism that 1 year there was like 10 years of professional growth elsewhere.

If you’re unfamiliar with the term, it first originated in Frederick Brooks’ book, The Mythical Man-Month, a tome on software engineering and project management written in 1995 to describe someone who is so exceptional at what they do that their productivity can be measured as an output of 5-10x that of a regular programmer. Later on, the concept was popularized among marketers and entrepreneurs in Grant Cardone’s The 10x Rule.

At first, the concept of 10x seems strange and perhaps even a bit offputting, especially in the world of programming where those new to the field are battling imposter syndrome.

To add to that the pressure of measuring up to not just being good and not even just great but 10x better than, it’s not very welcoming and perpetuates generalizations of the supernerd prodigal programmer.

In the book Coders, author Clive Thompson investigates and comes to the conclusion that, in fact, that seemingly arbitrary 10x number was probably true. But how were they that much better at programming, exactly?

“The 10Xers he has known also tend to be “systems thinkers,” insatiably curious about every part of the technology stack, from the way currents flow in computer processors to the latency of touchscreen button presses. It’s some combination of curiosity, drive, and the need to understand. They find it intolerable if they don’t understand some part of how the system works.”

Searching for a pattern between 10x growth and 10x coders, it seemed to be: drive, curiosity, and maybe something else…perhaps a tiny magic multiplier.

So, what does this have to do with doing creative work?

In our 40 hour work week model inherited from the industrial era, input = output. You put in x hours, you get a fairly predictable y result.

You can also measure performance by how someone stacks up to a target of y. Important business decisions—such as how many people to hire—use variations of this input/output model.

Today, the world is a lot more complex and that equation is antiquated. It could take someone anywhere from an hour to months to do something that changes everything.

One new automation could completely turn that math, and an entire workforce, on its head.

Complexity is the world we live in and cross-functional work is now the default.

Outside of the traditional office, the rise of the gig economy means more projects to run, more people to work with, more diversity and with all that growth, also more ways things could go wrong. Digitization and democratization means more opportunity but also more noise.

Agility is key. Cross-functional work and thinking is mandatory.

Digital project management skills will only continue to rise in demand and importance; we’re not slowing down.

I was never a “project manager”; I picked up the skill accidentally and by necessity. This is the position many of us will find ourselves in, whatever kind of work we do. We entered this world somewhat recently, and we have the rapid digitization of world to thank/blame.

But back to my stint in a 10x environment.

Even at a 10x company, at times, I felt like I wasn’t growing, or that my growth was so tiny that it was imperceptible.

But in the timeline of a year, 3 years, seeing it all add up, I saw that what James Clear writes about in Atomic Habits: it seems that growth, in mathematical terms, is more exponential than it is linear. 1% better each day for 365 days leads to a difference of 37x at the end of a year.

37x, that’s even better than 10x! 1% better each day isn’t a lot - in fact, it probably feels like nothing - but doing something every day is, to many people who can’t dedicate themselves daily to their discipline, still a lot.

But 37x vs 10x? That’s achievable for anyone. So we need to think outside the box of linear growth when asking the question: how do I work better?

It changed things when I realized: 10x growth, 10x impact, when I’ve seen it happen, wasn’t about 10x time or 10x output. It wasn’t because I honed my skills 10x. Maybe 2, 3x if I’m being extremely generous and looking to quantify things, but was I 10x better at xyz? No way.

There’s always room to improve, of course, but if you think about the teams and people who are doing respectable and interesting things in their fields….are they really that much “better” than everyone else?

Maybe but probably not, but these are the things they might have in common: they’re good at being agile and embracing change, they can assess risk and impact on a macro scale, they can scope, prioritize and balance projects to get them done and shipped, they work well with people and in teams. They get vision and can translate that where many companies instead play an ineffectual game of telephone, especially as they get larger and more congested.

They also enable creativity. When you’re not always behind, scrambling, burning out or just generally worrying about how things will get done, you have more energy and time to do the things you actually love to do.

So maybe you’ve always heard from others that you’re organized and that you have a knack for getting things done. Maybe you’ve always identified as a “planner” and want to put that skill to use to help companies do amazing things. Maybe you’re wondering if you might want to be a project manager.

So here’s a secret if it wasn’t already obvious by now: project management isn’t just for “Project Managers”.

Here are the types of roles that this kind of skillset is extremely valuable in:

People and process skills are the skills of the future for anyone who wants to do something and build something.

It’s the kind of skill that takes a bit of upfront effort and work to get good at. And it’ll feel like this brand new way of working that’s sometimes a bit uncomfortable if you’re not a natural herder of people or processes. More than uncomfortable, it can also just feel like a slog when you’re getting started.

That’s why I think that the best place to start is learning for yourself, using project management skills to supercharge your personal projects and to help you tackle your own to-do list.

That said, where the magic really happens is when you’re working with other people.

Without effective project management, we all become a part of the noise: fragmented sources of busywork trying to 10x ourselves, not realizing the key lies in people and workflow, not just in getting better at what you do.

So hello, you. Yes, you! If you want to help your team, yourself, or your company work better, faster and healthier (and all around happier—I mean, who doesn’t want that?), you’re already thinking like a project manager. It’s the only real shortcut to making cool things and 10xing your output without doing 10x more work.

This article is a chapter in our free pdf guide: First Steps to Learning Project Management. Download it now and get a bonus chapter featuring the 4 top traits employers are looking for when hiring project managers.

Why Learning React is a Really Great Idea

How Do You Grow a Creative Business?